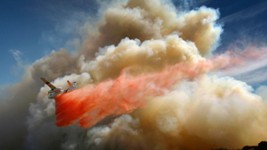 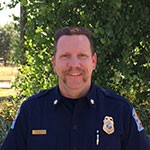 I saw the career realized being hired as a Firefighter Paramedic here at Penn Valley in early 1996, was promoted to Fire Apparatus Engineer Paramedic later that same year. I was promoted to Captain Paramedic in 2002, promoted to Battalion Chief in 2006. With Chief Vander Plaats retirement in June of 2014 I became the Fire Chief.

I have maintained my Paramedic license throughout the entire time and continue to use those skills and abilities when needed or necessary to provide the best service I am available to the public I work for. I have been an instructor with State Fire Training for several years now and teach a variety of classes to the locally here to volunteers and career firefighters alike. I feel strongly about giving back to the profession that frankly chose me. I feel I still have a lot to give and look forward to the future of the fire service in Western Nevada County and to serving the Penn Valley community and citizens. 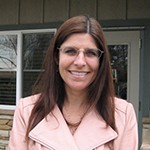 Deborah has been a public servant for more than 30 years.  She has worked for the District since March of 2020.  Deborah was raised in El Dorado County (in a town much smaller than Penn Valley), and she finished her post-graduate degree at the University of Alaska, Anchorage.Her experience as an administrative assistant began as Clerk to the Placer County Zoning Administrator (decade undisclosed).  Deborah also has 20+ years of experience in municipal planning.While employed by the Kenai Peninsula Borough, Deborah collaborated with local government officials and the residents of Cooper Landing to adopt their first ever General Plan. Deborah is a regular participant in local community theatre.  One of her other favorite past-times, is hiking in the Sierra.